The rink crew has been hard at work with the cold temperatures laying lots of ice.  Given the frigid temperatures the skating rink will be opening Friday January 9 at 4pm. 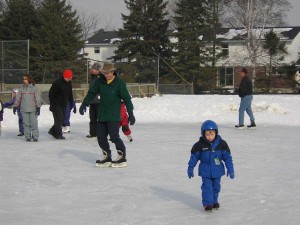